How long does it take to get a divorce in Illinois?

Divorce is one of the most difficult choices a person has to make in their lifetime and the pain is further amplified when you are anticipating waiting several months, if not years, for the dissolution of your marriage to be finalized.

In Illinois, there is little waiting time which is legally required for spouses to endure. However, there are certain factors that can prolong your divorce finalization, but with the help of a Cook County divorce attorney, some of these factors can be resolved quickly. Let’s delve deeper into the factors that determine how long it takes for a divorce to be finalized in Illinois.

Illinois is a No-Fault Divorce State

Before a judge will be moved to grant you a divorce, you and your spouse will need to prove grounds for it. In Illinois, the only ground for divorce is irreconcilable differences, which some people also call a “no-fault divorce.” Under the law, irreconcilable differences are defined by the state as the “irretrievable breakdown” of marriage. Both spouses have to say there has been a breakdown and that all efforts at reconciliation have failed. Additionally, they should also say that any future attempts at reconciliation will not be in the best interest of the family.

Uncontested and Contested Divorces in Illinois

In short, the spouses will need to agree on some key conditions of the divorce before it can be finalized. These include:

Couples can reach an agreement or get the services of a mediator. Once all the issues have been resolved, the dissolution agreement should be signed by both parties. If the two spouses are unable to reach an agreement on any of the areas, they will have to litigate those issues during the divorce trial before a judge. If your divorce has been less than amicable and you anticipate that it will need to be settled by a judge, employing the services of a divorce lawyer in Cook County as soon as possible is in your best interest.

How Long Does a Divorce Take in Illinois

Although there is no divorce waiting period in Illinois, spouses who are divorcing must meet the Illinois residency requirements which stipulate that at least one of the spouses must be a resident of Illinois for 90 days before the divorce petition can be filed. Additionally, if the couple has any children, the children should be residents of Illinois for six months before the divorce proceedings.

Before 2016, the law in Illinois required married couples seeking a divorce to be separated for two years before their marriage can be dissolved. Fortunately, the Illinois statute also allowed the married couple to shorten this period to six months if they both wanted to.

Because of this old waiting period, many people in Illinois still believe they have to wait six months after they file for divorce. However, that is not the case. The Illinois statute states that:

“If the parties live separate and apart for a continuous period of not less than 6 months immediately preceding the entry of the judgment dissolving the marriage, there is an irrebuttable presumption that the requirement of irreconcilable differences has been met.”

So in short, the waiting period is just 90 days and you can even skip that if you have been living in Illinois for at least that amount of time and your spouse agrees with you. After that, you will still need to schedule a final divorce hearing before a judge and the waiting period for that is about two weeks.

If you only consider this time period, it doesn’t seem to be too long. However, if your spouse does not agree with you on all of the conditions, whether financial or relating to your children, then you will have to go through many rigors in the divorce process and it can take months and even years for your divorce to be completed.

Let us take a look at a typical divorce timeline in Illinois to make things even simpler.

To begin, it is required that at least one of the spouses has lived in Illinois for the past three months before they can file for a divorce. Additionally, if a child is involved in the equation, then the divorce law states that the child must be a resident of Illinois for at least 6 months.

If the divorce is uncontested and both the spouses agree to waive the requirement that they live apart, then there is no waiting period.

Aside from residency, your first step is to file a petition for the dissolution of marriage. Based on the county you are living in, the schedule can vary slightly; however, once the document has been received by the county clerk, you will be able to get your case number, the presiding judge, and court summons in the next two weeks.

A sheriff or a professional service will then serve the summons to the other spouse. After this, your spouse will have a time of 30 days to respond to whether the divorce is contested and uncontested. If the spouse responds in 30 days, there will be an appearance where both parties will attend. If the spouse does not respond in a month, the judge will set a court date out for another 30 days.

Court appearances to discuss child custody and finances will be set on a later court date. The timeframe for this will depend on how willing the two spouses are to reach agreements on these decisions. Although divorce cases can take a long while to resolve, there is an Illinois law that all such cases must be resolved within 18 months of when they were filed.

Once all the decisions are agreed upon, the Illinois judge will set a prove-up hearing to finalize the divorce. Again, the date for this hearing depends on how long it takes for the decisions to be finalized and the papers to be agreed upon.

Is There a Faster Way To Get Divorced in Illinois?

Simply put, if you want a fast divorce in Illinois, you will need to meet the residency requirements as well as to find a way to compromise with your spouse on financial and child-related decisions. As mentioned before, a contested divorce can take several months depending on how many issues are unresolved and whether your particular case requires a lengthy trial.

If you agree to these criteria, you can ask for the required forms from the county clerk office. After that, you can file for divorce jointly. The clerk will then schedule a hearing date for you and during that appointment, the judge will go over your forms, check for any issues, and sign your divorce papers.

Illinois also recognizes legal separation. This is an agreement between spouses which does not annul the marriage. However, it requires a judge to approve the agreement, which states the spouse's rights and responsibilities.

This is a good option to take if you do not want to go through the hassles of a divorce but want to live away from your spouse and want legal clarification on matters concerning property division and child support and custody.

Schedule an Appointment With Tommalieh Law

Filing for a divorce is a stressful and overwhelming experience and it is made more so if your spouse doesn’t agree with you on the conditions of the divorce, which can stretch out the whole experience. That is why we highly recommend that you consult an Illinois family law attorney who has experience in such matters and will make sure your rights remain protected during this trying phase. To schedule an appointment with Tommalieh Law, call us at (708) 232-0017 today. 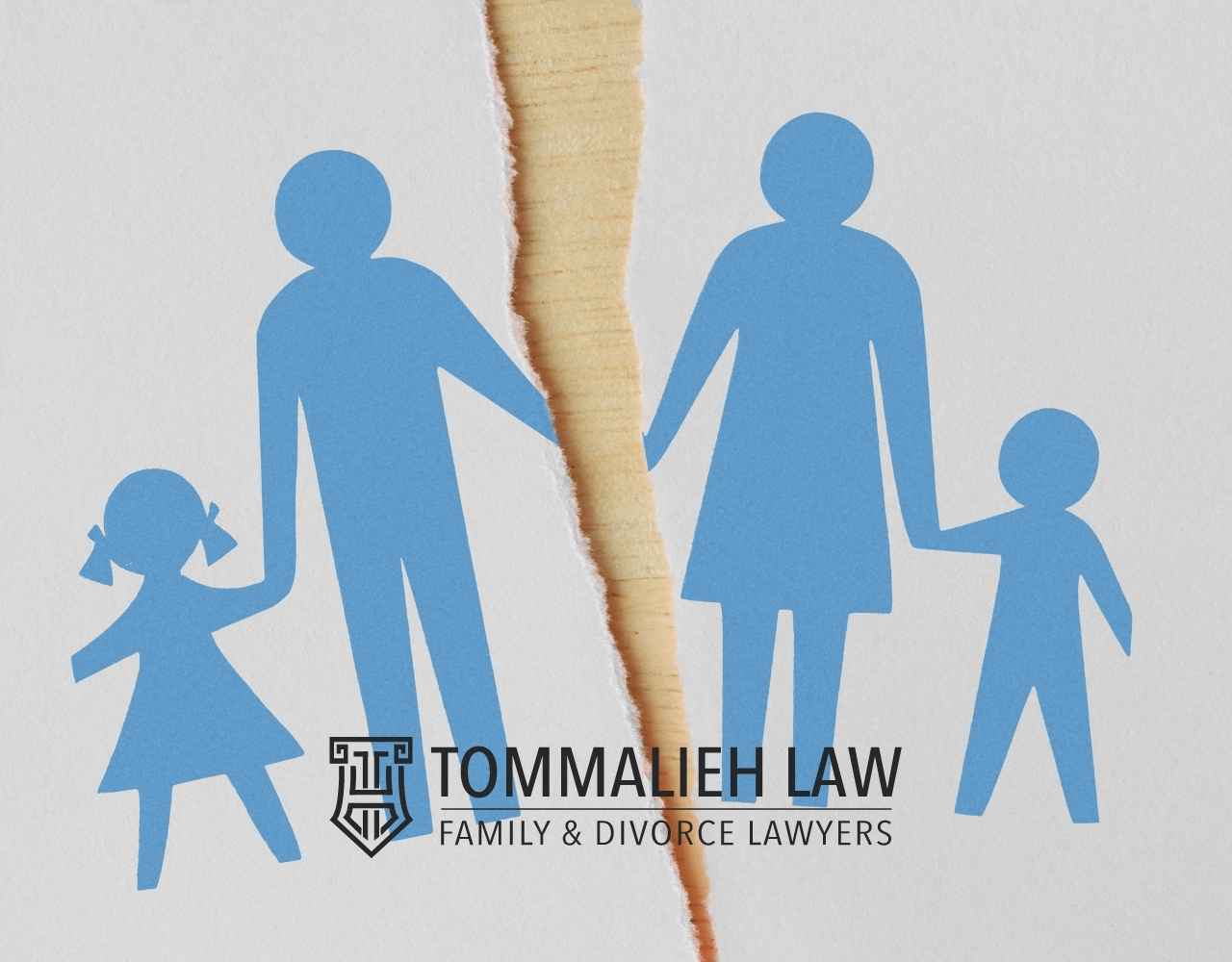 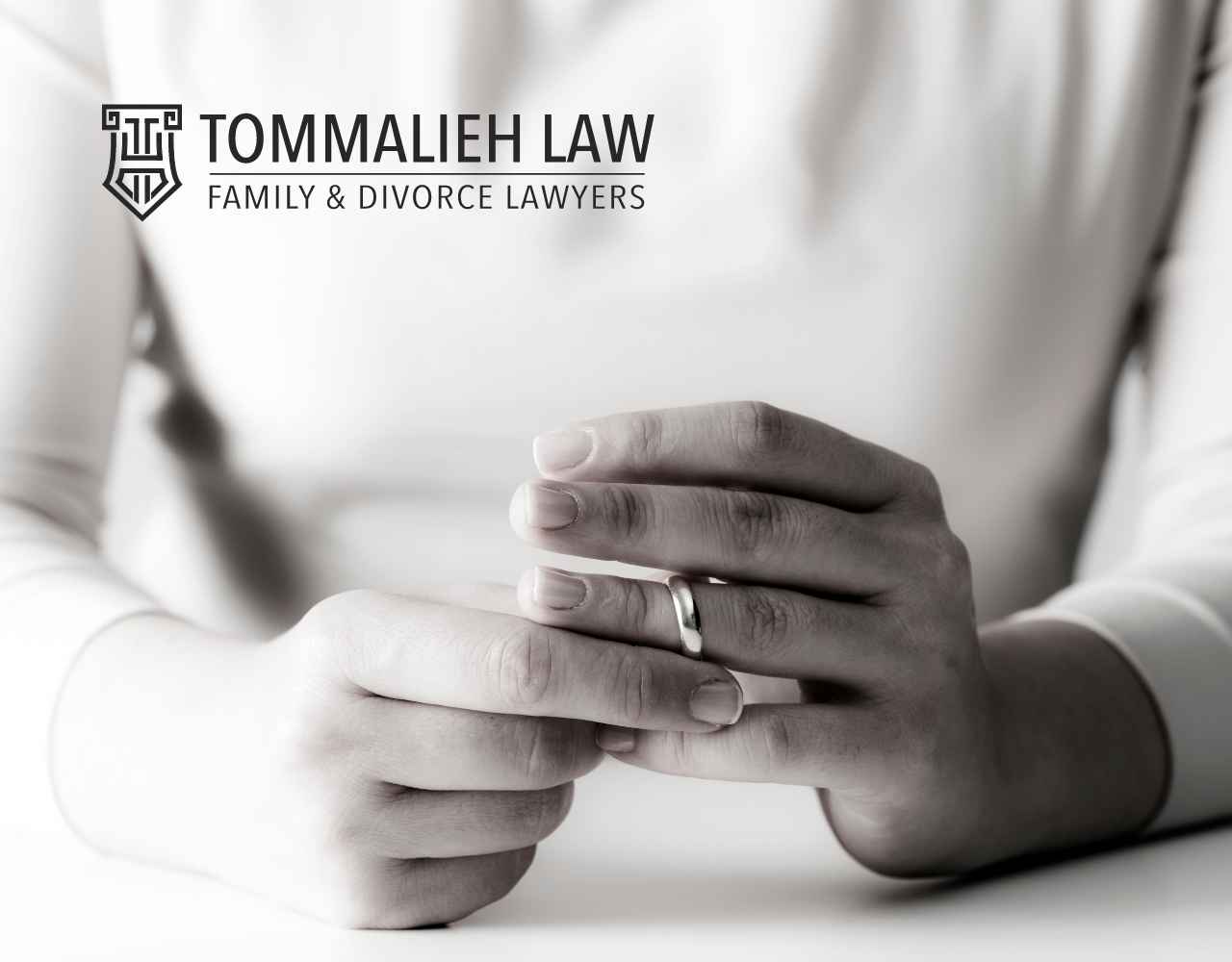